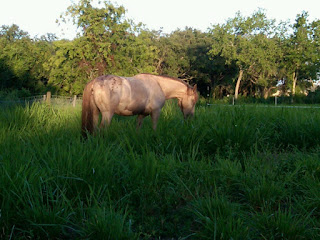 This decade started a whole lot of changes in my life. Gwyn was already in it but 2010 saw me saying goodbye to her and my zoo job in Florida as Eric applied for and got a job with Boeing and they moved us to Washington (for the first time) 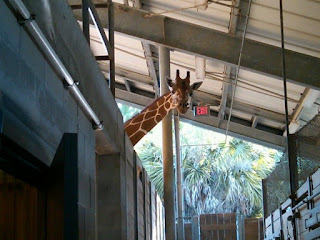 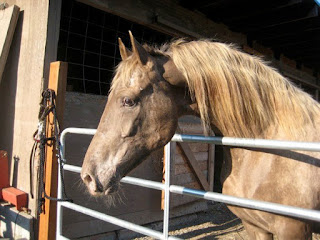 This was the year that Cheri's house got hit by lightning and she was desperate to find a place for all three horses. I was offered Gwyn and within the month she was shipped to me, arriving a few days after her birthday in May. This picture was taken the day she arrived. 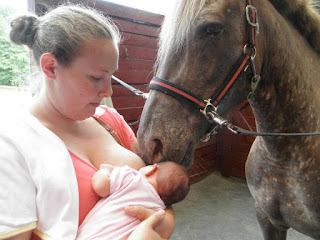 This year was when Kaylee arrived. Gwyn immediately treated her like part of the family. 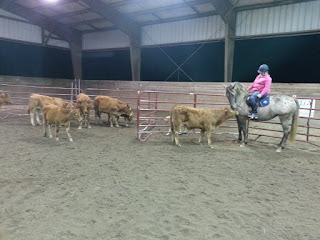 Having a young baby kept serious activities to a minimum but the barn I was at was great at providing fun clinics. We tried cattle sorting and never had to leave! 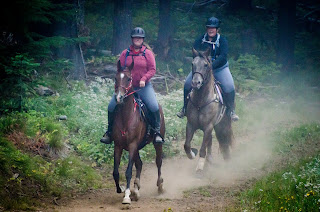 This was the year I tried endurance for the first time! We both had a blast, doing a 15 the first day and a 25 the next. 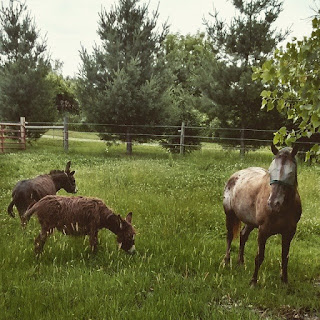 This year was marked by our move to Michigan and fulfilling a lifelong dream of having a horse in my backyard. This picture was the first day Gwyn and my new donkeys spent at home. Poor scraggly Arwen. She's loving life in her new home! 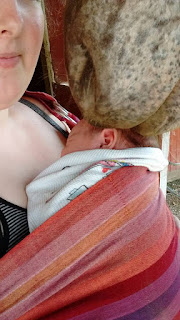 Hazel was the highlight of this year and once again, Gwyn proved her weight in gold and immediately decided Hazel was hers to protect. She apparently likes nuzzling babies. 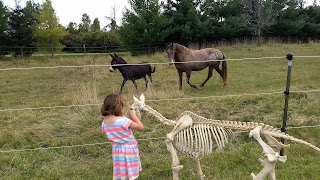 This year I spent working as a microbiologist and enjoying life on the farm. Like watching Hazel share dinner at feeding time or torturing the animals with a neighing demon skeletal pony. 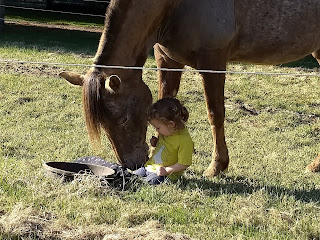 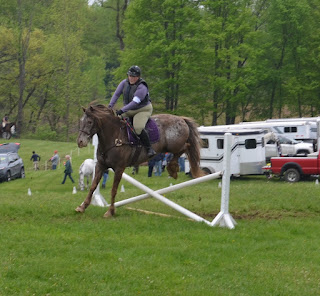 This was the year I finally got to take Gwyn around a cross country course, returning to my Pony Club roots, and we had a blast. It also really emphasized that we needed more dressage work. 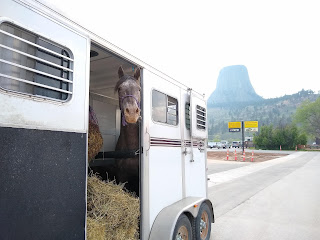 And now this year. We moved back to Washington and this time I moved Gwyn myself and that's best represented by this picture by Devil's Tower with Gwyn.

Email ThisBlogThis!Share to TwitterShare to FacebookShare to Pinterest
Labels: back in time, michigan, pic-spam, washington