Back in the saddle!

I told Eric yesterday that I wanted to ride. He was home today because he's been taking every friday off to help give me a break adjusting to 2 kids at home. I had basically reached all regular indicators of healing after birth so I was ready to get back in the saddle, even if it was brief. My goal for May was to at least sit in the saddle and I definitely got that today!

Hazel has been napping somewhat consistently in the afternoon and for a long length so I was hoping that would continue today. It didn't but I didn't let it deter me! I got her asleep, put her down, and went to get my boots and half chaps on. I was already wearing my riding tights! 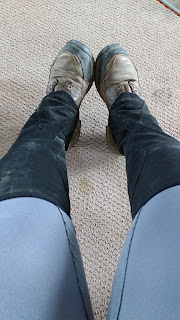 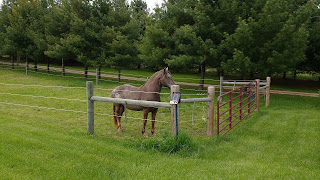 Gwyn was excited to see me. I brought both her and Saffron to the back pasture to minimize behavior issues and separation anxiety. 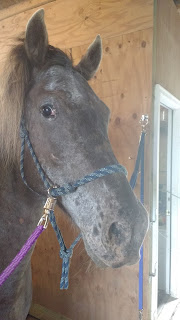 Hazel apparently woke up not long after I left. Putting her down can be a bit of a crapshoot, so Eric brought her out so I could breastfeed again. I sat on the hay feeding her in the barn while Eric helped Kaylee put on boots, because she suddenly wanted to ride. Gwyn got a good lesson in standing patiently in the cross ties. 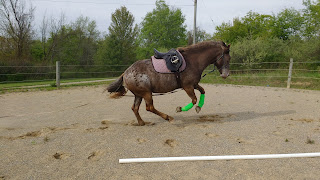 She got away from me almost immediately and went wild. Hence the trailing lunge line. 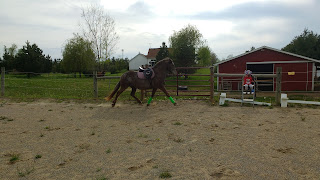 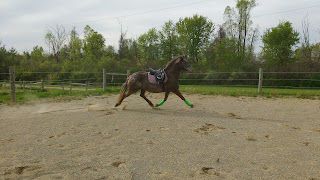 But damn, look at that trot! All four feet are suspended! 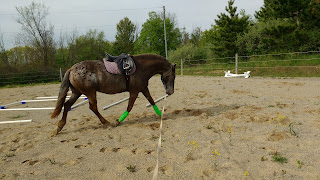 Once I caught her we did a lot of groundwork that I learned from Dani and Gwyn's brain fell back into place. We did lots of changes of direction and I made sure to control her feet. 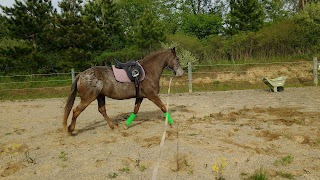 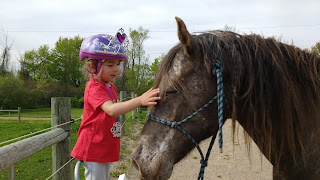 Kaylee had nice pats for Gwyn. 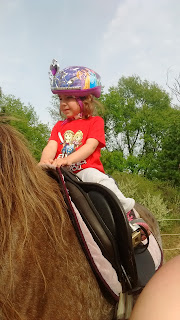 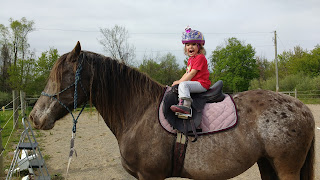 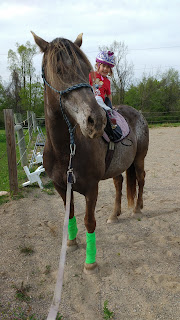 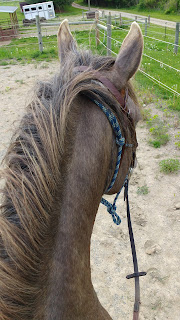 And then it was my turn! 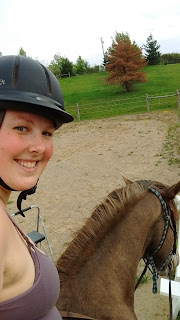 Lots of smiles!  We didn't do much, just walk/trot but I did 0.68 miles before deciding to be done. We'll ease back into things and get both of our fitnesses up. I'm much lighter than I was, which is awesome but definitely out of riding shape and not off the blood thinners yet. But I'll get there and it will be awesome when I do. 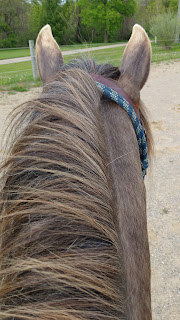 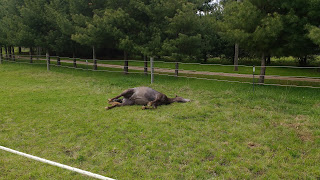 She got decently sweaty so I hosed her off and when I put them back out in the pasture, she had a good roll in the grass. 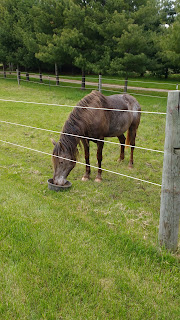 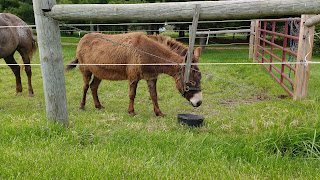 It was a great evening! And Eric did wonderfully managing Hazel. When I came in, sweaty and covered in dirt, I told him I wanted him to go for a run. And every time I went riding, I wanted him to have time to go out and do something too. He looked surprised, but really grateful. I think we both deserve this time for ourselves.

I did not go into labor during the DD dinner. In fact, I ended up missing it since we were dropping my mom off at the airport at the time. Alas. I did meet up with Heather (DD organizer) later to collect what I would have gotten at the dinner. In fact, I wasn't even close to labor, I ended up induced 8 days later.

I did introduce the new baby to Gwyn in April! She was born on the 25th and I had a couple days left of the month to achieve the goal, lol 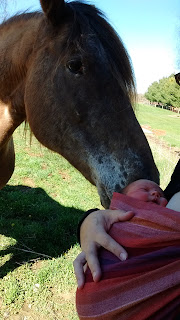 For this month, a reminder:

I think this is reasonable. I'm already pretty healed up and I think I could manage a short ride while Hazel naps if Eric is home to manage Kaylee.

May
At least sit on Gwyn
Alt goal- teach second trick to Gwyn/teach to highline in prep for camping
Posted by Amy M at 1:32 PM No comments: