The realities of having signed up for an endurance ride FINALLY are sinking in and I realized that I needed to do more than dressage flatwork in prep for Don't Fence Me In. With Cortney's change in work schedule, my flexibility and the fact that summer daylight sticks around in the PNW, a park that closes at dusk can be ridden in after work if you leave just a bit early.

I left work early, around 3pm. I had already hooked my truck up to my trailer and driven the full rig to work. This let me head straight to the barn. Thankfully, breeches are technically lab appropriate where I work. And boots are obviously closed toe. 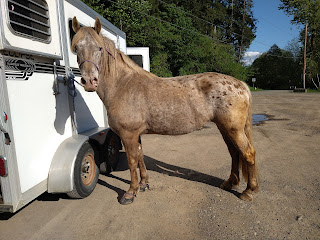 We met up at Lord Hill, in the Tester Rd trailhead at 5:15 and were in the saddle before 6pm. The park technically closes at 9pm. For an endurance rider? That's not even an issue. 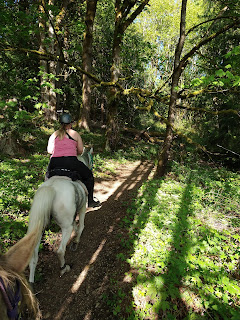 The day was still a bit warm in the upper 60s but cooled immediately as we hit the shade of the trees. Tester road lot is ideal in many ways because you start at the bottom of the park and you have to climb if you want to go anywhere. So we started with the hill climb on the gravel road up out of parking which brought us to the rock quarry. From there you have a choice of multiple single tracks, going straight up the pipeline (something I've done once and will never try again). We opted for the switchback to get up to the pipeline. 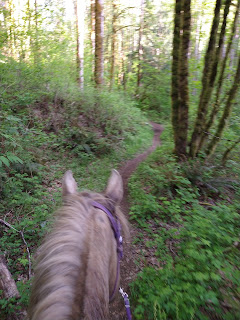 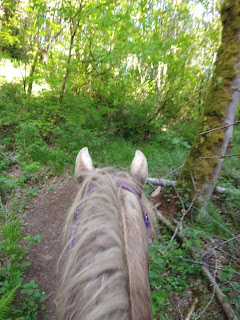 From there we rode the entire pipeline to its terminus at a road at the park boundary. Then turned around and at the first option to leave the pipeline, we hopped off and took some windy single track until we got to the main trail path that you pop out onto if you park at the top of the park. 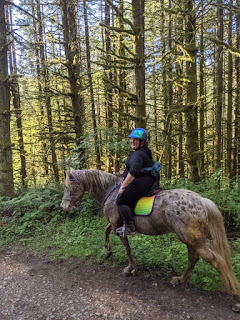 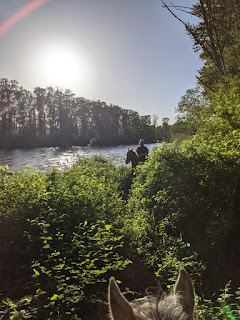 Since it was warm, we headed down the river trail to let the horses soak in the Snohomish River. There isn't a lot of water on the trail and the little streams we did cross the horses were unwilling to drink out of. 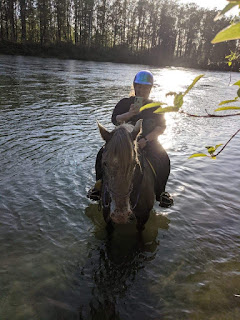 Gwyn immediately plopped herself belly deep in the water and drank and just... sighed happily. 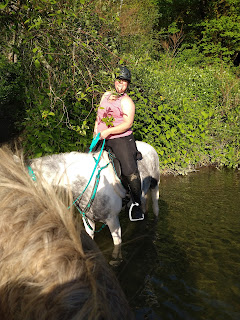 The river was higher than the last time I was down here, which makes sense since it's fed by snow melt and it is that time of year... 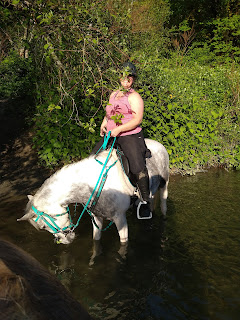 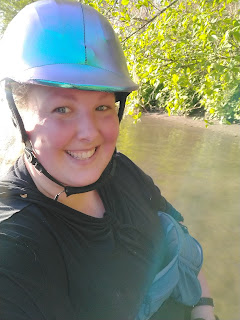 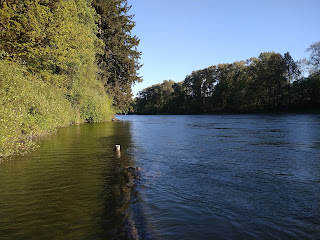 This was a sandy beach the last time I was here. But at least it gave me confidence knowing the footing was solid. 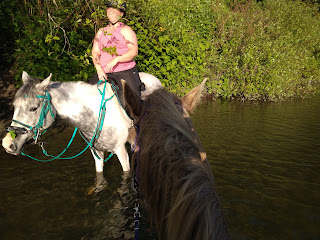 Because we had dropped back down to the river, below where we'd been at the start, we climbed back up onto the hill and came up through the quarry. Then it was back up the switch backs to avoid the straight pipeline trail. 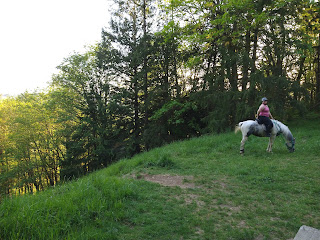 From there we followed the pipeline trail again to its terminus then instead of making a loop, we retraced our steps backwards and all the way down to the trailer. 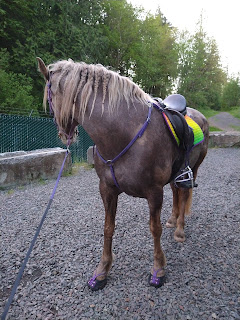 The sunset was beautiful in the parking lot and we tried to get the mares to pose together for pictures. 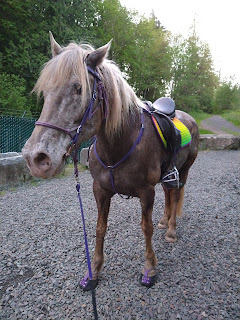 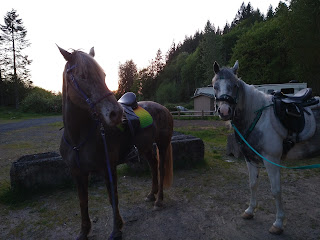 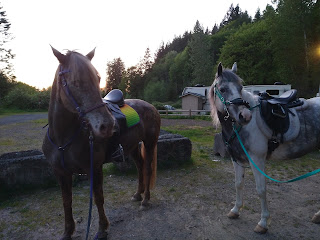 Reign is finally coming around to Gwyn. Gwyn does not trust Reign again. 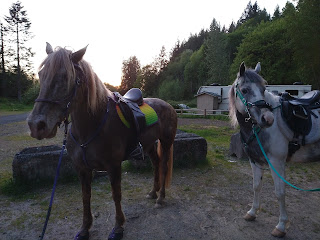 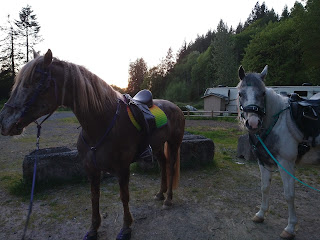 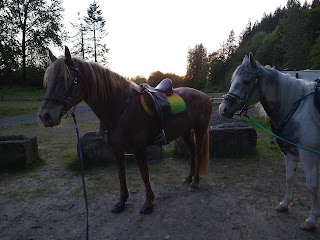 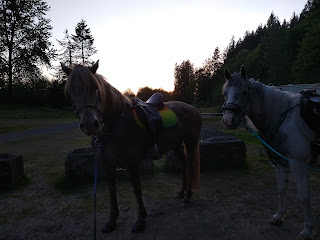 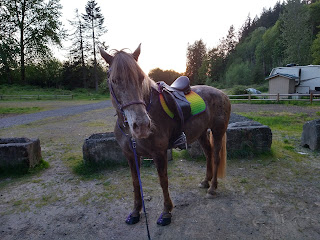 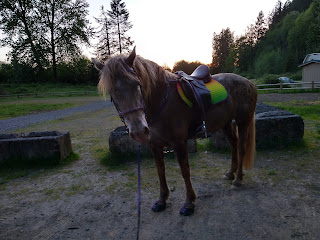 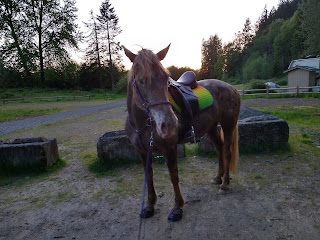 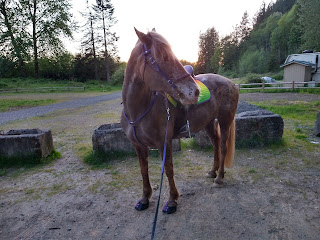 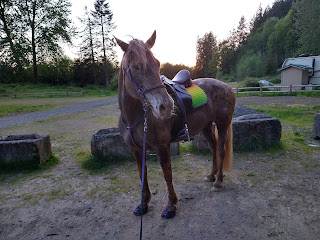 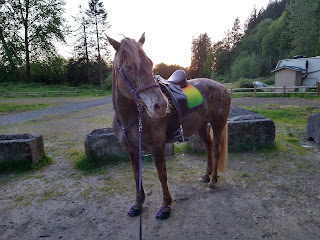 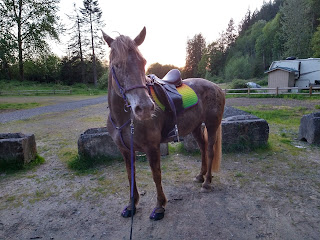