If there's one thing my wife sullenly likes about my craft habit, it's that if I can make it myself rather than buy a brand product, I will try to do that.

With that said... here's my DIY equiband.

I really liked the idea of the equiband for its resistance work and general proprioception cues it could give and definitely thought that Gwyn would benefit from having one.

The price tag? For some large clips, elastic, resistance bands and a saddle pad though? Yikes.

I know I have some saddle pads that I can play around with and I didn't need to go out and invent the wheel and make a pad from scratch. Equiband doesn't sell 'replacement parts' to someone who isn't already confirmed as a customer of the original product, probably precisely because of people like me.

However, a UK seller on ebay has this glorious item. It's called a BungeeBand, and it's of the "Just add saddle pad" variety! And for a much easier to stomach cost. I would have totally DIY'd it but finding extra long resistance bands were difficult and I didn't want to spend THAT much time sourcing things and coordinating the clips and elastic. 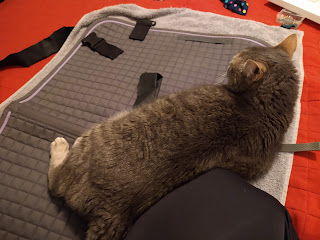 Ford loves things that smell like the barn. And he loves cuddling. 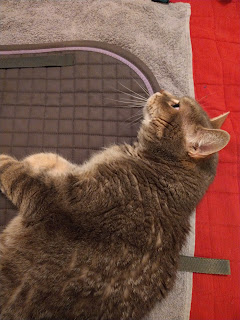 Sir, you are not helping right now. 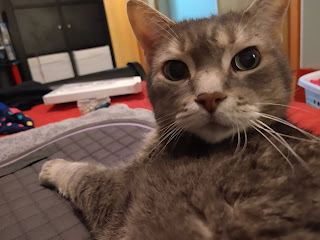 However, my sewing machine is not heavy duty, and adding the extras onto the saddle pad I chose plus accessories were making me nervous with the thickness and my needle life. But I know I have other pads. 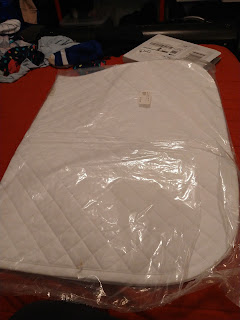 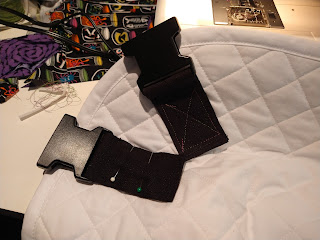 I pinned everything in place as identically as I could. Sewing things onto pads is best done with a square/rectangle with a cross for extra strength and security. 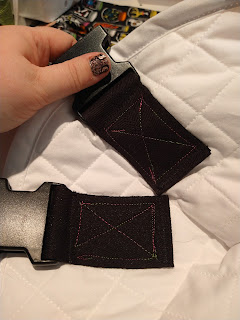 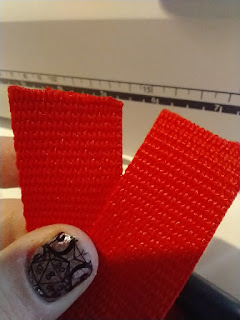 I had some leftover nylon webbing that I didn't use for a halloween costume for Kaylee. Make sure you flame the ends with a lighter to seal the nylon so it doesn't fray. 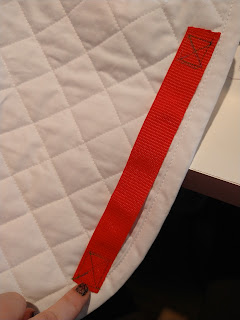 This is how I attached it because it's meant to just be used with a surcingle or maybe on top of another pad if I use it with a saddle. 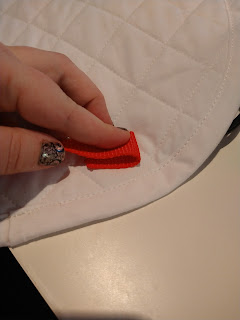 If I were making a saddle pad for longevity, I'd fold the webbing over and sew through both layers as demonstrated above. 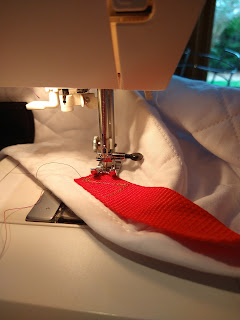 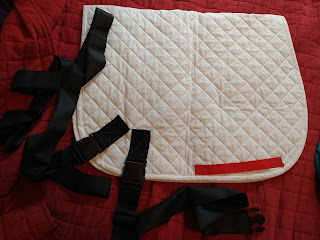 I tried it out on Gwyn on Sunday. The weather was WILD. Like cold front coming in violently with hail, rain, snow, freezing rain and WIND. Gwyn was a kite. I was going to ride... but didn't feel really pulled to ride. So we played with lunging.  Gwyn was really good. She offered me some really nice, balanced canter on her good side and I made sure to praise a correct canter transition and lead on her bad side.

I took the elastics off and also had her do some trot poles and jumps. I really enjoyed myself, especially with not needing to worry about my safety with a horse who was definitely feeling good in the chilly, windy weather.

It worked really well! I'll work her up to adding more resistance with the bands and I like that even on my giant booty of a mare, I had adjustability. I probably would have preferred to make this with a larger saddle pad and maybe the belly band could be angled forward a smidge. But that's what seam rippers are for.


I did stick her rain sheet on as a condolence prize before sending her back to her lunch hay. 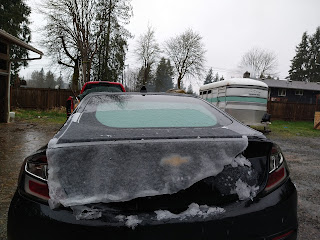