I snagged a spot on a different vet's visit to the barn. She came highly recommended and I was hopeful that a second opinion might offer some better insight into what's going on with Gwyn.
This vet was far more thorough than the first. Probably my biggest regret is knowing that the first vet did a quick flex and had an answer. I suppose it was a conservative diagnosis because time off wouldn't necessarily be bad... but, ugh. I wish I'd advocated sooner. Flexions up high in the stifle had her grade 3 lame immediately on both sides. Poor mare was giiiimpy. I felt so bad. 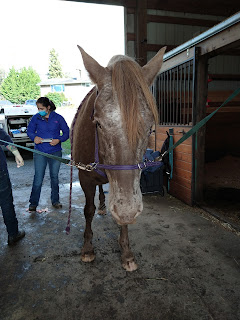 She gave me three options.
A: Block the stifle, see if things improve to say for sure it's the stifle and not something else. If it is, make an appointment for later to do injections
B: X ray the stifle, which could be inconclusive due the nature of Xrays and that location on the body. C: Just do joint injections since you should only go into the joint once in a short time span.
I opted to do the joint injections. As much as I hate to admit it, Gwyn isn't a spring chicken any more, nor is she super old.This is likely our new reality for maintenance and that's okay. No point in ignoring something that will help her out.
It was super quick, they gave her some sedative, sterilized the area and zip zap, everything was done. For good measure, Gwyn got some muscle relaxers to help loosen anything that was compensating for the pain in the joints. She was on limited turnout and time off for three days starting that day and afterwards I could ride her and bring her back. Vet said to expect the full effects to come around week three (we're just past week 1) 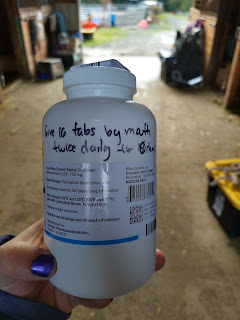 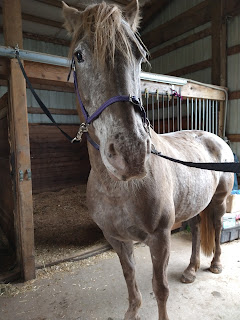 The appointment was on Friday, so Sunday I took the kids to the barn with me and we loved on her and groomed her. 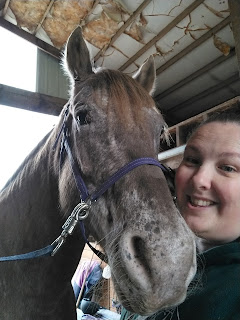 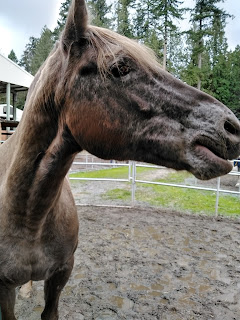 And then I took loads of photos of silly faces, which was JUST in time for the #show your beautiful horse head challenge on facebook which allowed me to just send in the weirdest ones. 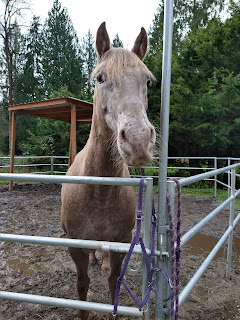 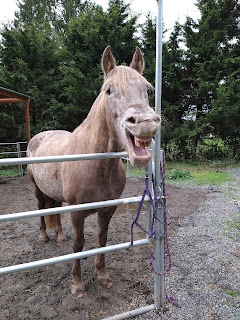 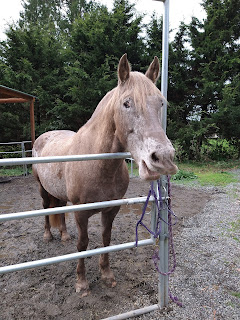 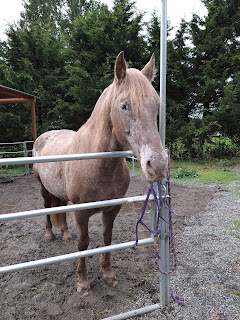 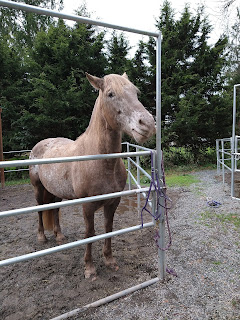 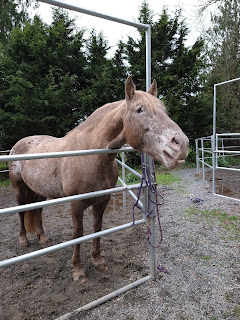 On Thursday I came out to lunge her and possibly ride, just to get an idea of how she was feeling. 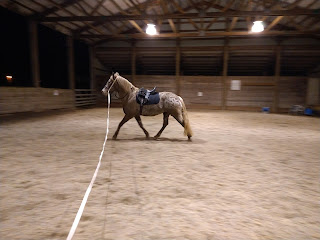 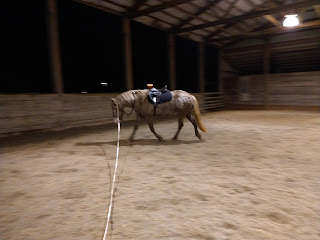 She was moving very evenly in the walk. And honestly, when I had her start trotting, she was spicy. She hasn't been spicy like that in months now. Honestly, I just took off the lunge line and let her move. She was obviously feeling good and was snorting and acting like a fire breathing dragon. Everyone at the barn abandoned the arena when they saw her coming in.

I missed having this horse around. I miss her acting like a fool on the lunge line and then getting right down to business.
I stuck mostly to walk. I did some trotting. She was forward and happy. She wanted to canter which I allowed once or twice. The difference from a week or two ago was astounding. She felt like she did before August and before what I see now, in retrospect, was pain. I am SO sorry, Gwyn. I know what to listen for now. 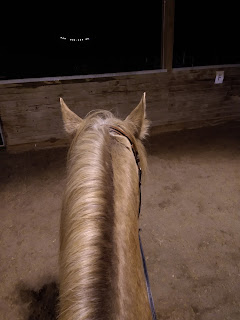 I came home that night gushing to Erica about how Gwyn felt. She'll get a recheck on Black Friday at the vet clinic, where they want to see me ride her this time (talk about thorough!)  and if there's other things we need to address, we'll do it then. I'm feeling pretty good about it all. 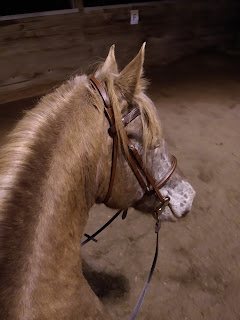 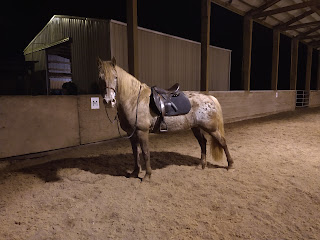 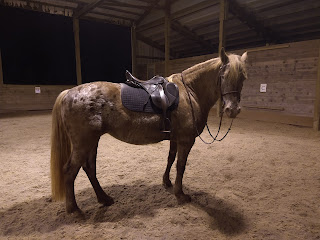