And it shows... Gwyn is getting fat! She's been out on all day all night pasture which I'm sure isn't helping either, so currently they are on the diet lot of just the runs off the stalls in the barn tonight, since sugar content is higher in grass at night. Poor thing thinks she's wasting away, given how I was greeted when I went out to give them their dinner. LOL 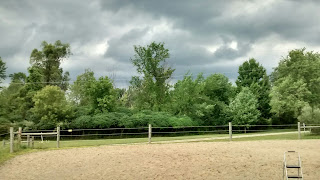 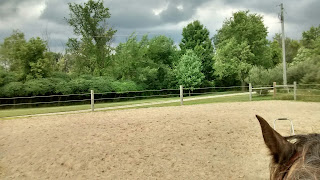 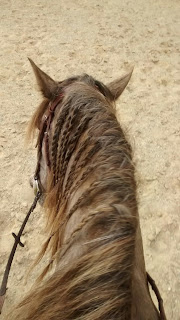 I had braided her mane last night. 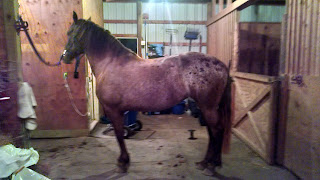 Last night I groomed Gwyn and Arwen and got this body shot. She doesn't look too bad just standing, but when I was lunging her I couldn't see any muscle any more, and you can barely feel ribs when you press hard on her barrel. So more exercise and less grass pasture it is! Just like me....


Today we worked on just lunging to assess then I hopped on. She spooked at a critter that ran out of the pasture near one end of the arena but settled in after that. I got some nice canter work out of her in one direction. Next thing is maintaining that canter and working into the corners. Since I had volunteered at a h/j show last weekend, I worked on the things the judge suggested to some of the riders, namely making sure the horse moves off your leg well when you ask.

We also worked on bending on her bad side since she was seriously falling in with her right shoulder. Lots and lots of leg and bending at the poll. She was so stiff on the right side compared to the left, I need to have a bodyworker come out and see her.

It was a good ride over all, and I intend to ride again tomorrow.  I've purchased a solar powered flood light to put in the arena so I'll be able to ride in the evening, which will be nice when winter comes around! 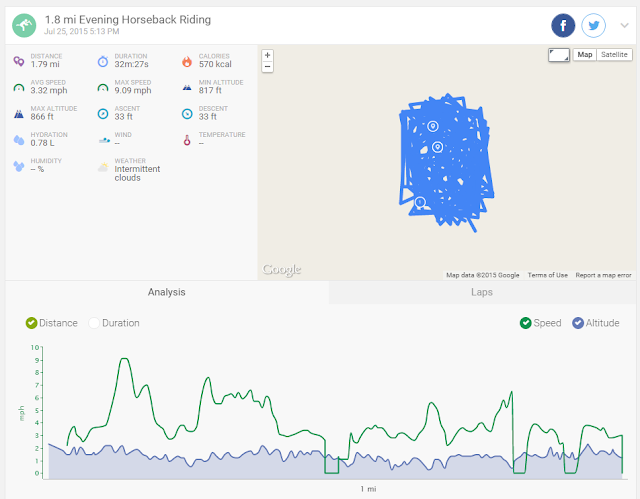