1.5 miles family day at the barn

With it being a holiday today, I was able to convince Eric to come out to the barn with me this morning and bring Kaylee as well.  She was really excited to ride Gwyn, as she really hasn't had the opportunity to do that at Hummingbird since I don't ride when I have her around.

It was awesome. She rode Gwyn out to the arena and then around a little bit before getting bored and wanting to get off and play with Eric. I originally put her up and was holding on to the reins when she said "I think I need reins,  momma."

Well, yes ma'am.  So I got my lead rope and Kaylee got to hold reins. And as always, safety first, we always wear a helmet! 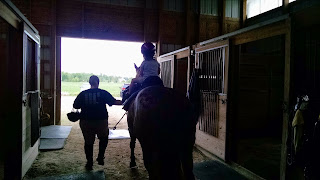 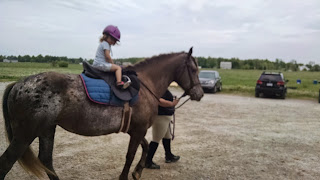 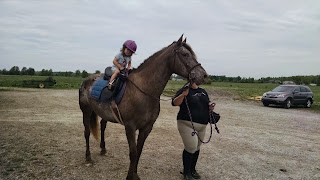 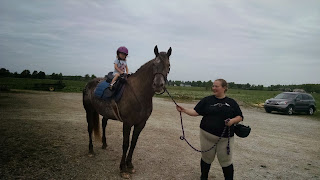 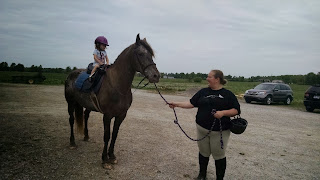 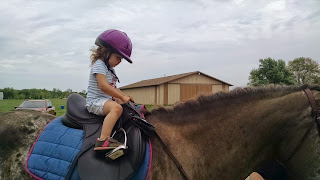 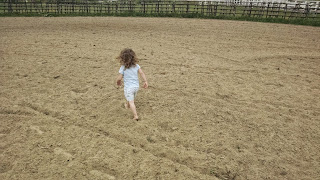 Shoes come off to play in the dirt. 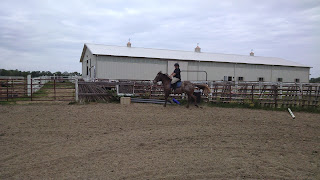 A picture of me actually ON the horse! Whaaaaaat. I really need to remember to keep my elbows bent. Eesh. 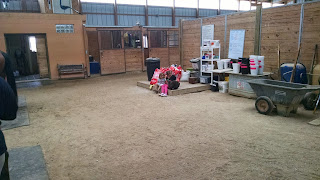 Kaylee and another kid pet one of the barn cats. 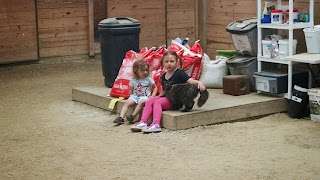 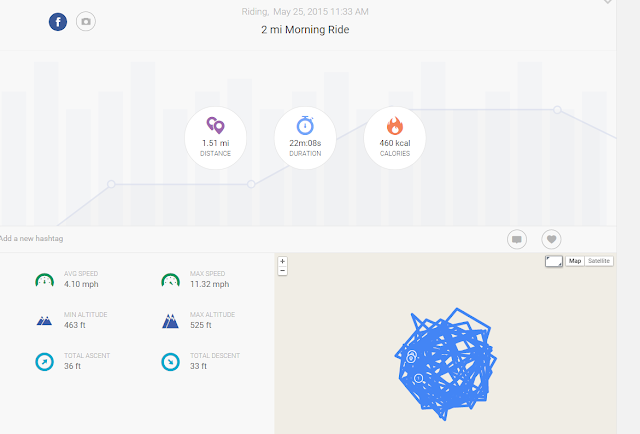 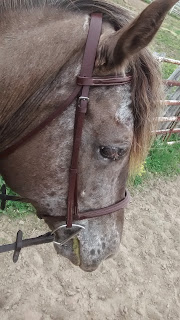 I've got video of Gwyn going over the ground poles for the first time at a canter. She did really well. I can't wait to work more on it. Her canter felt much rounder over each pole and it definitely made her think about her feet. She was working into a nice frame afterwards as well. Forward progress! And soon lessons again!

Eric took video too. Here it is!