In which I may have had a heart attack...

I came home from Costco shopping on Sunday to a terrifying sight. Gwyn was flat out on the ground in the pasture, with Saffron standing nearby (you can kind of see her white nose against the pine trees). I slammed to a stop in the driveway, with Kaylee in the back asking me if everything was okay. I rolled down the window...

She didn't respond. I told Kaylee we were going to go make sure Gwyn was okay. Then, as I watched, Gwyn's hind feet twitched, like that twitch you get as you're falling asleep? Then I watched closer and I could see her belly rise and fall. Then I noticed that all four feet were twitching.

Fucking mare was passed out dreaming about running somewhere. She didn't actually 'sit up' until Kaylee and I were out of the car and into the pasture walking toward her. 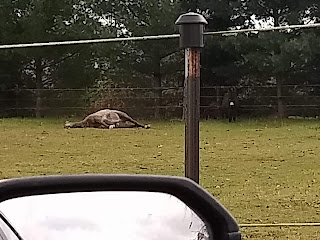 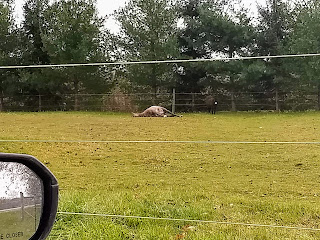 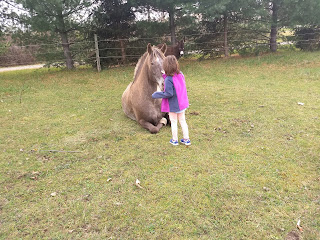 So we took pictures. And all the while I hear just this faaaaaint groaning under her breath before she just gets up because we've interrupted her beauty sleep. 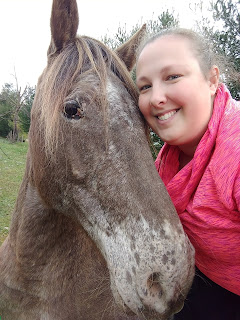 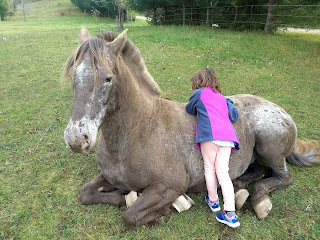 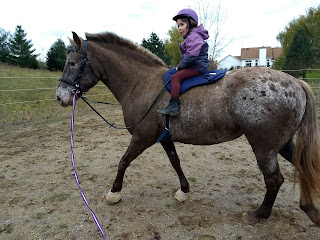 Birds Eye View of the Arena that Isn't Long Enough. It's barely a rectangle. I need good exercises to do that don't require length. Like legit there's not enough room for Gwyn to jump more than one jump at a canter without suddenly needing to turn. I really want to find a giant arena to ride in that I could trailer to. 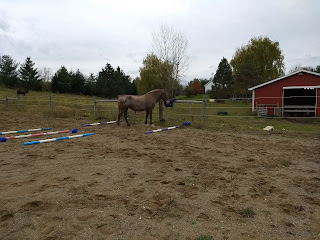 I untacked Gwyn in the arena and she ground tied by the gate for no good reason while I pulled weeds because my arena is also the best nursery for baby trees and thistles.