The donkeys immediately took off tearing around the arena, bucking and leaping. They were having a grand ol' time. Gwyn was a little more sedate, but had a few moments. She had less wiggles, I guess, lol. All the better for me! 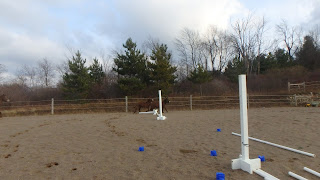 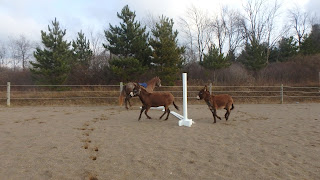 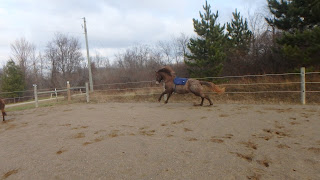 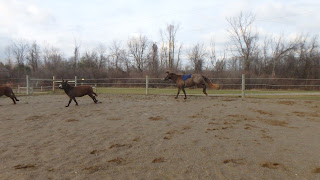 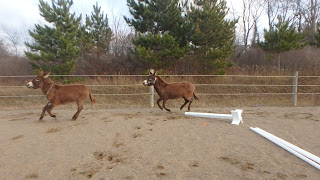 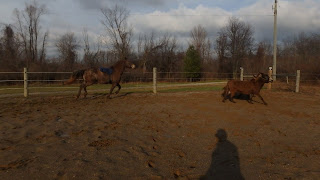 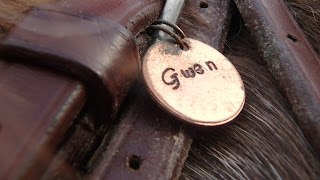 Spelled wrong, but it was a gift from a friend so I didn't say anything and accepted graciously because I'd always wanted bridle tags. 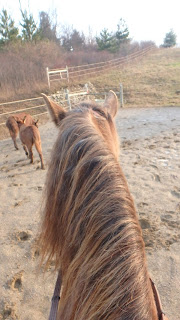 Screw the doctors. I had a 30 minute dead man switch worked out with Eric. If I didn't check in within 30 minutes of telling him I had gotten on, he was to call in the cavalry. 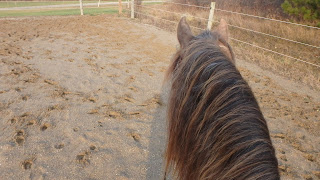 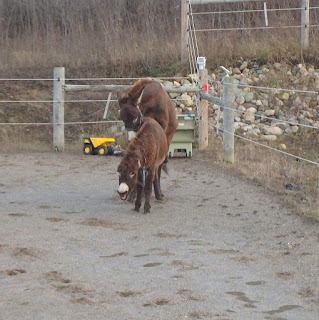 I... don't know why they are doing this. Saffron is the one mounting Arwen. They're both jennies so I don't know if it's a dominance thing. I'm still researching. 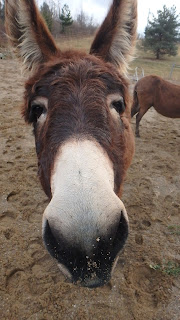 Arwen is sweet, but we need to work on leading and picking our feet up. 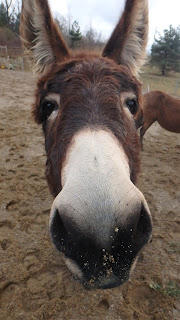 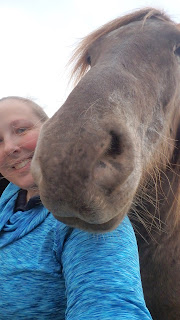 Today while I cleaned up poop, Gwyn hung out with me. She left me alone as soon as I threw a few flakes of hay into the pasture, hahaha. 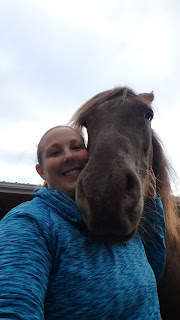 "Hi, feed me. My pasture is barren. I'm starving" 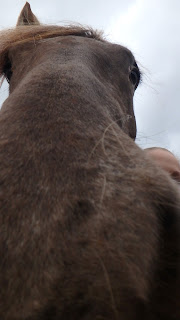 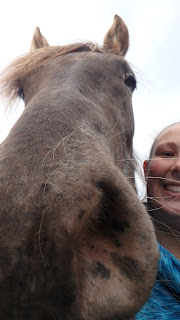 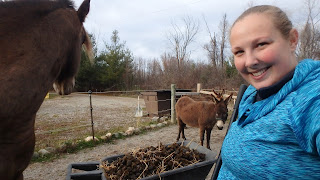 I've gotten fed up with making multiple trips with a muck bucket I can lift, so now I get all the poop in one go and shovel it into my dumpster. I think it goes faster. Plus upper arm workout!