I went out to ride today and found a reindeer! 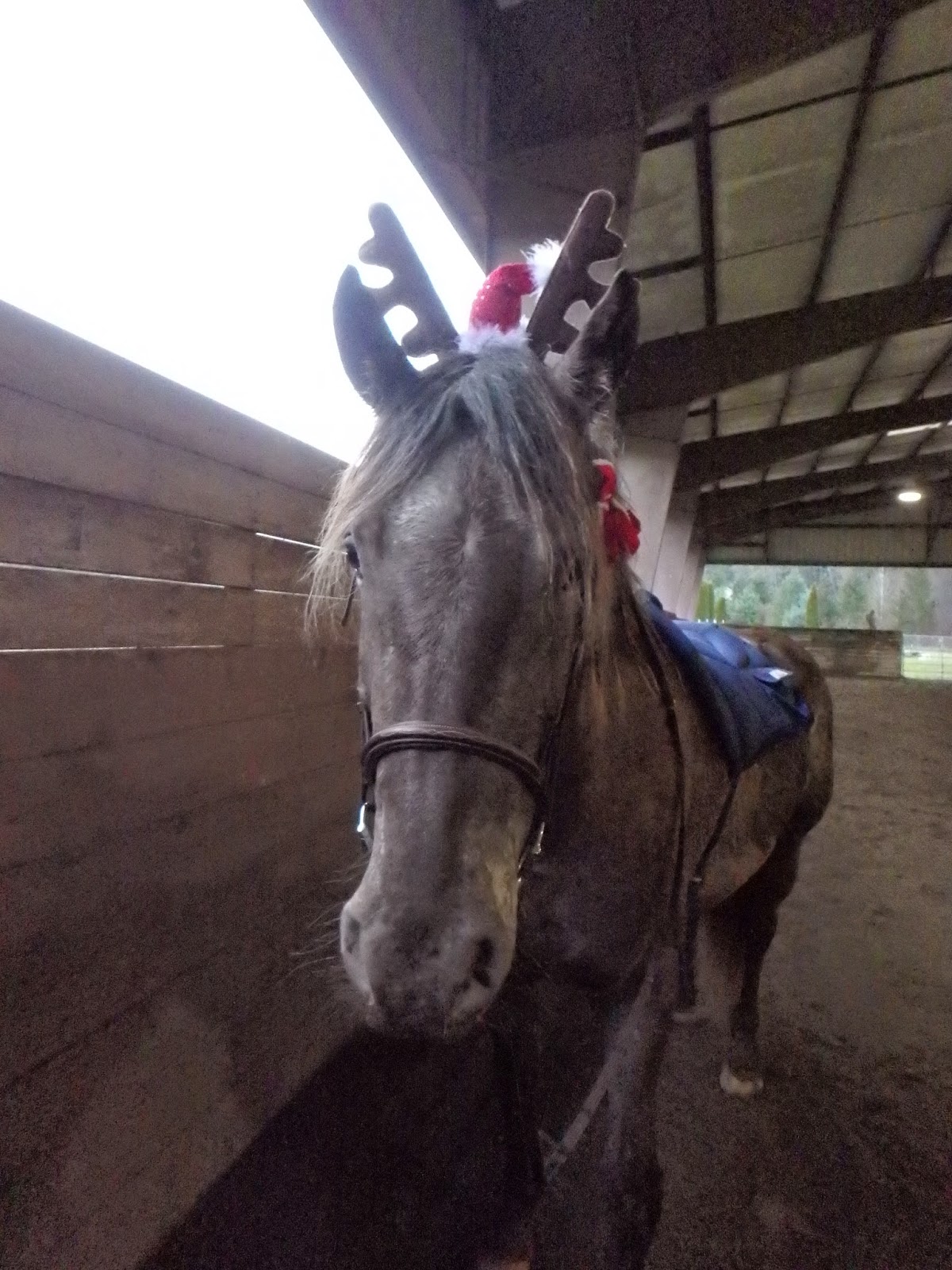 Gwyn has an issue where she's nice and light when asked to do a turn on the haunches but if I try and ask for a turn on the forehand she just backs up and backs up, or moves her front end, and gets supremely frustrated but she does everything except move her back end while leaving her front end still.

Knowing this, I did ask while riding for her hind end to move but got off a bit early and did some ground work trying to move her back feet and not her front. I can do it if I'm in front of her with just a bit of energy directed at her hip, but moving that to an under saddle cue has been difficult.

I stood at her side, on the ground, and held the reins in one hand and just pressed in with a finger behind the girth line, where I cue with my leg and only released when her hind legs moved. If she side passed, backed up, or otherwise moved her front end I didn't release the cue. She did have successful movement on both sides so I called it a day at that.

It was nice to ride. She got early dinner and I helped the staff bring horses in so they could go home and have their holiday celebrations with family. 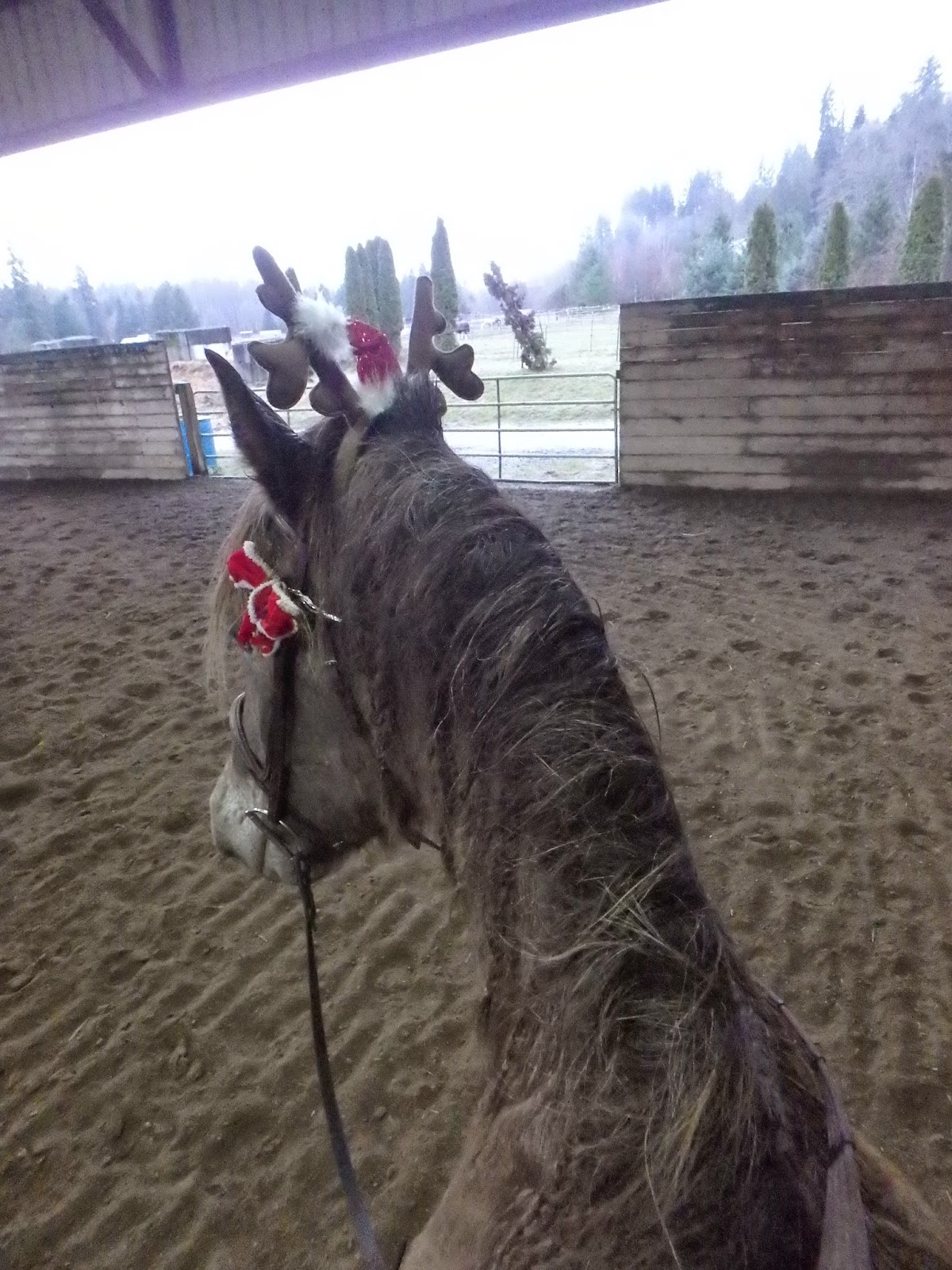 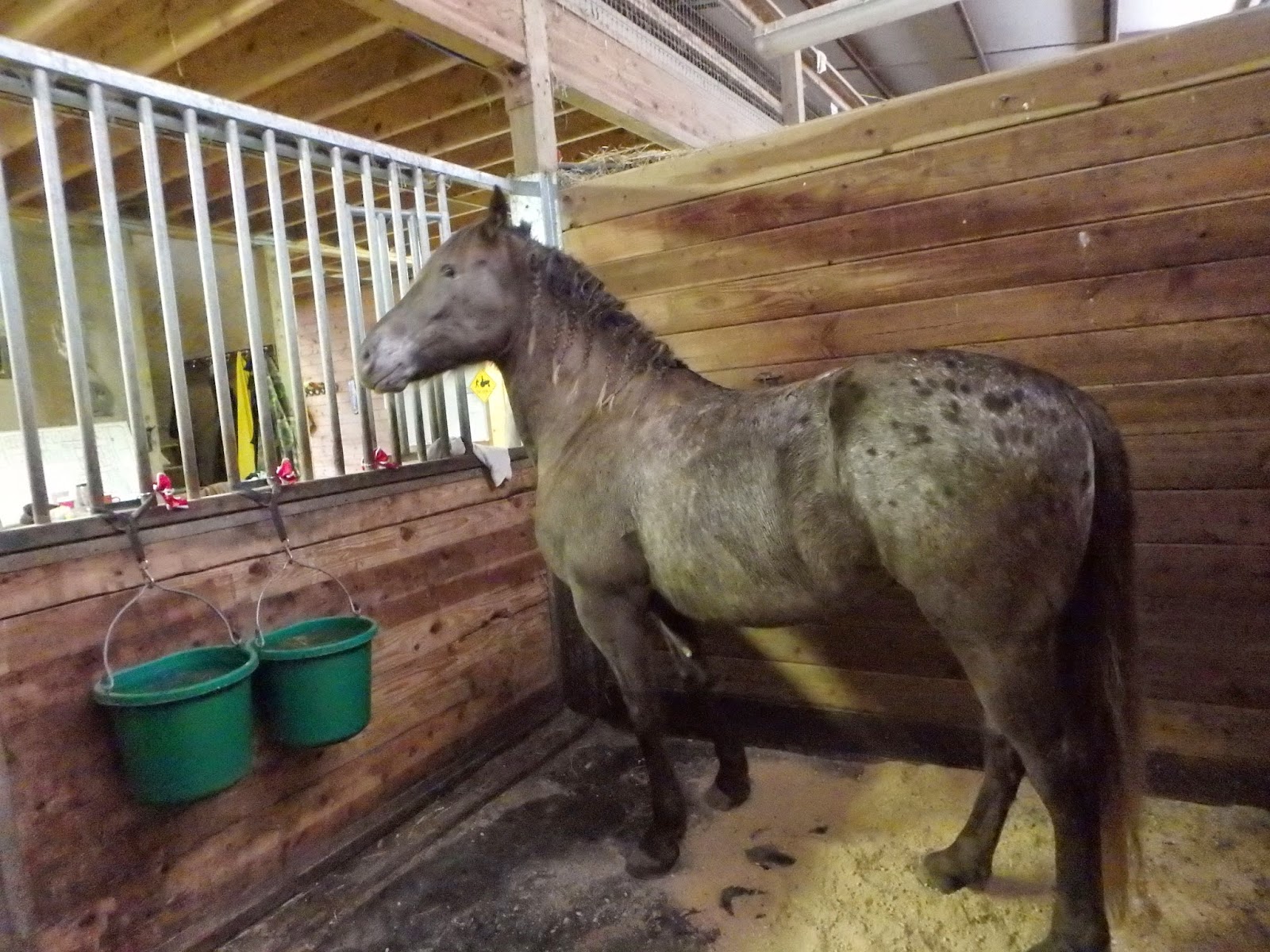 She knows there's someone in the hay loft about to drop down her hay. 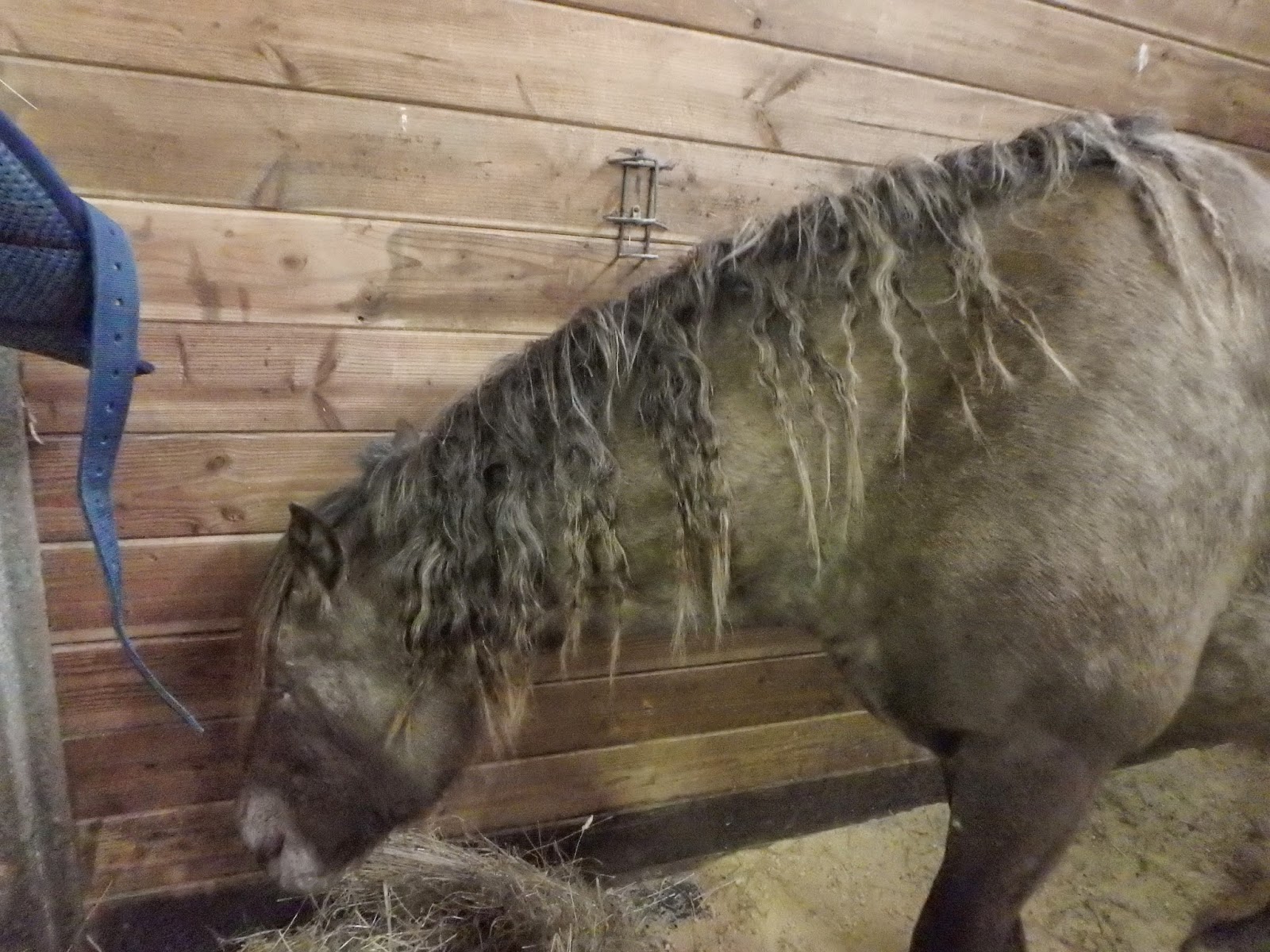 I took out the braids. 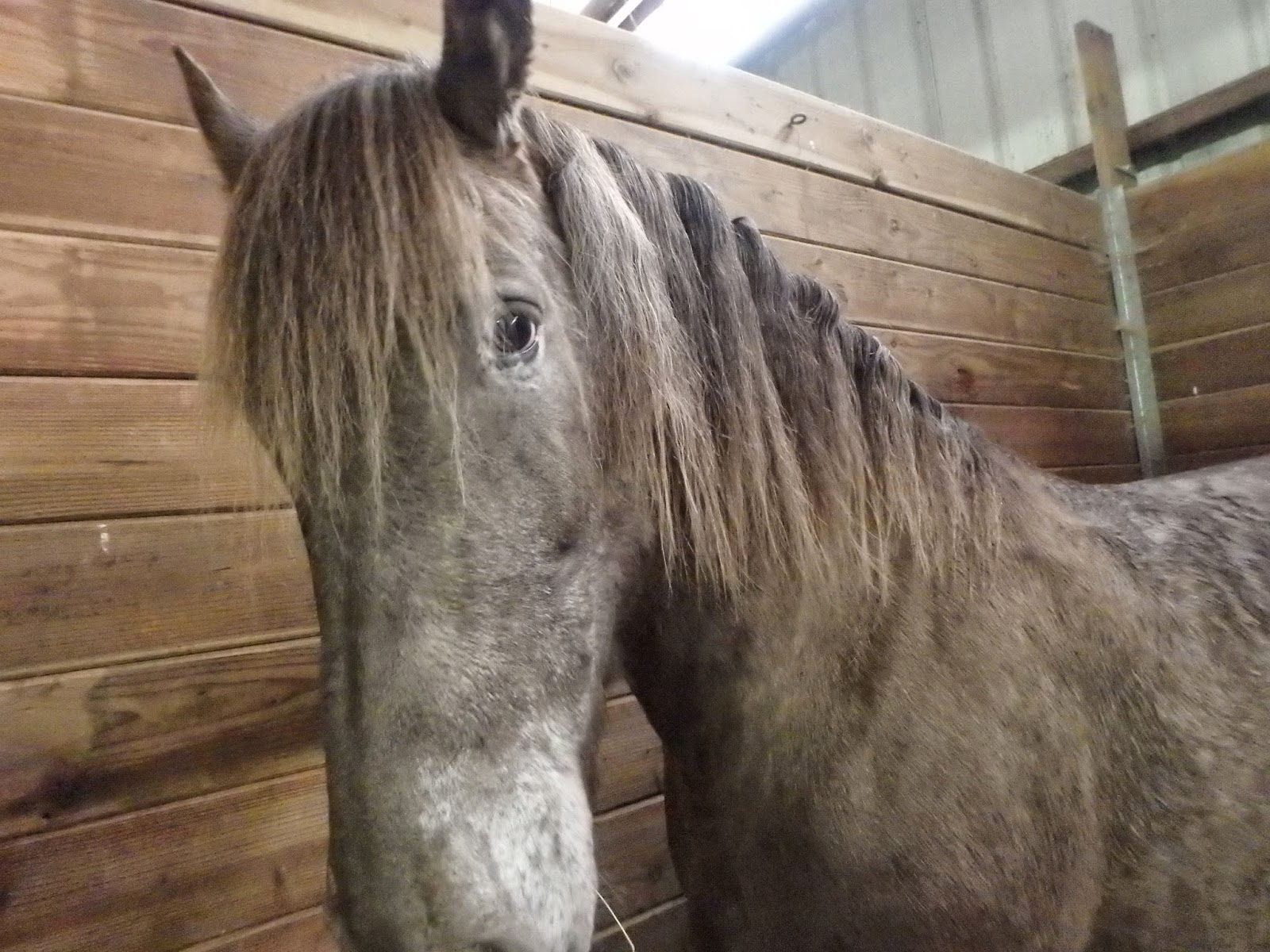 And brushed her mane! She's back to looking more like a Friesian!

And here we have Gwyn know exactly where her hay comes from.